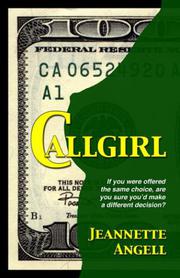 Engrossing, no-holds-barred story of a college lecturer by day and a callgirl by night.

When a live-in boyfriend (known here only as Peter the Rat Bastard) moved out in the mid-1990s and took the contents of their joint checking account with him, the author was strapped for cash. To supplement her small income as an adjunct sociology lecturer at a Boston-area college, she contacted the owner of an escort service whose ad had caught her attention. As a callgirl—in her view, “a skilled professional possessing an area of knowledge for which there is a demand”—she could net $140 an hour plus tips and keep her respectable day job. Angell signed on and found that her clients were ordinary guys, much like the men she had dated. Her blow-by-blow accounts of her encounters range from sexless eating bouts with a restaurant owner to an evening with a man who just wanted to wear her undergarments to “doubles” sessions with a client and a second callgirl. It’s not all action, however; the author gives ample space to her thoughts about sex and prostitution. Besides the close-ups of the clients and their quirks, she paints deft profiles of the escort-service owner, known here as Peach, and of a cocaine-addicted co-worker. Angell brought the two sides of her life together in a course on the history and sociology of prostitution that led to some academic recognition and a heavier teaching load. Eventually, aware that her classroom work was deteriorating and that she wasn’t getting any younger (she was in her mid-30s), she decided to quit her night job, pushed over the edge by a frightening brush with the law.

While this reads like a memoir, a faint suspicion lingers that it could be fiction, like the author’s previous work (The Illusionist, 2000, etc.). Either way, it provides a revelatory view of a life few women know much about.