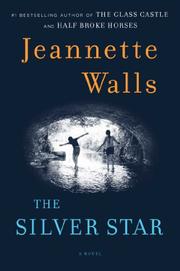 Memoirist Walls, who has written about her own nomadic upbringing (The Glass Castle, 2006) and her remarkable grandmother (the novelized biography Half Broke Horses, 2009), turns to out-and-out fiction in this story about two young sisters who leave behind their life on the road for the small Virginia town their mother escaped years before.

By 1970, 12-year-old Bean and 15-year-old Liz are used to moving from town to town with their would-be actress/singer mother, Charlotte. When Charlotte takes off to find herself in San Diego, the Holladay sisters know how to fend for themselves, living on potpies and getting themselves to school for several weeks. But then the authorities start sniffing around. Scared they’ll be carted off to foster care, Liz decides they should head cross-country to Byler, Va., the hometown Charlotte left for good when Bean was still a baby. Clearly, Walls borrows from her own experience in describing the girls’ peripatetic life, but she doesn’t waste undue time on the road trip before getting the girls to Byler, where the real drama begins. The Holladays used to own the town’s cotton mill, but all that’s left is the decaying mansion where Charlotte’s widowed brother still lives. Less cutesy eccentric than he first seems, Tinsley gives the girls the security they have missed. Tinsley also reflects Byler itself, a conservative Southern town struggling to adjust to shifting realities of racial integration and the Vietnam War. Bean joins the newly integrated school’s pep squad and thrives by assimilating; creative, sensitive Liz chafes under pressure to conform. Then, Charlotte shows up wanting to take the girls to New York City. Walls throws in an unnecessary melodrama concerning an evil bully of a man who threatens Liz with violence and worse, but the novel’s strength lies in capturing the complexity of Bean’s and Liz’s shifting loyalties.

Walls turns what could have been another sentimental girl-on-the-run-finds-home cliché into a fresh consideration of both adolescence and the South on the cusp of major social change.