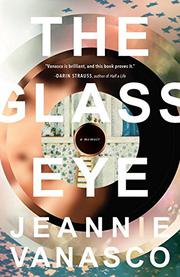 A young women’s grief-stricken meditation on the loss of her beloved father illuminates a lifelong battle with crippling bipolar disorder and depression.

In her debut memoir, Vanasco (English/Towson Univ.), whose writing has appeared in the Believer, the Times Literary Supplement, and other journals, digs deep into the kind of obsessional thinking that proves to be every bit as constricting as it is impenetrable. Within its sad confines, however, there also exists rich, fertile lands filled with the possibility of lifesaving self-discovery, which she explores in unadorned, sparse prose that builds in power as it accumulates. She recalls mostly fond memories of her father: “I taped photographs from my childhood along the silver rails of the bed: my dad reading a book to me despite the white patch over his eye; my dad pulling me in a wooden sled; my dad clutching me on his lap and looking off somewhere as if he knew this was coming.” What loomed ahead for the author was a terribly long and lonely struggle beginning, at age 18, to come to terms with her father’s death—and to find meaning in the short life of a mysterious Jeanne, her half sister from her father’s previous marriage. Jeanne, who was killed in an automobile accident as a teenager, has cast a long shadow over Vanasco’s psyche, infecting her sense of self while also promising to bring her closer to her father. The author’s relentless introspection, which includes almost offhanded recollections of terrible self-harm and institutionalization, manages to cast a spotlight on the art of memoir itself, as she valiantly struggles to find the best medium possible to convey the true essence of a daughter’s love for her father.

A deceptively spare life story that sneaks up and surprises you with its sudden fecundity and power.