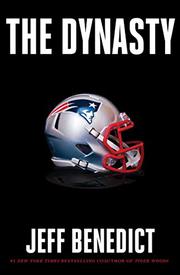 Action-packed tale of the building of the New England Patriots over the course of seven decades.

Prolific writer Benedict has long blended two interests—sports and business—and the Patriots are emblematic of both. Founded in 1959 as the Boston Patriots, the team built a strategic home field between that city and Providence. When original owner Billy Sullivan sold the flailing team in 1988, it was $126 million in the hole, a condition so dire that “Sullivan had to beg the NFL to release emergency funds so he could pay his players.” Victor Kiam, the razor magnate, bought the long since renamed New England Patriots, but rival Robert Kraft bought first the parking lots and then the stadium—and “it rankled Kiam that he bore all the risk as the owner of the team but virtually all of the revenue that the team generated went to Kraft.” Check and mate. Kraft finally took over the team in 1994. Kraft inherited coach Bill Parcells, who in turn brought in star quarterback Drew Bledsoe, “the Patriots’ most prized player.” However, as the book’s nimbly constructed opening recounts, in 2001, Bledsoe got smeared in a hit “so violent that players along the Patriots sideline compared the sound of the collision to a car crash.” After that, it was backup Tom Brady’s team. Gridiron nerds will debate whether Brady is the greatest QB and Bill Belichick the greatest coach the game has ever known, but certainly they’ve had their share of controversy. The infamous “Deflategate” incident of 2015 takes up plenty of space in the late pages of the narrative, and depending on how you read between the lines, Brady was either an accomplice or an unwitting beneficiary. Still, as the author writes, by that point Brady “had started in 223 straight regular-season games,” an enviable record on a team that itself has racked up impressive stats.