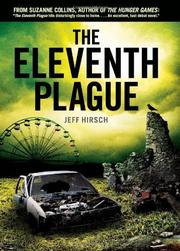 Hirsch's debut explores the creation of a new civilization out of post-apocalyptic ruin.

Teenage salvager Stephen Quinn has heard stories about what America was like before collapsing due to a war with China and a virulent influenza. His paranoid grandfather keeps their family alive through harsh rules. After Stephen's grandfather dies, Stephen's father abandons their isolationism and is critically injured rescuing captives from slavers. Stephen lets go of his reluctance to trust strangers and accepts help from a scouting party. The scouts' town, Settler's Landing, attempts to recapture an idealized American past, complete with cookouts and baseball games. But Settler's Landing is no utopia, thanks to Caleb Henry, the token rich villain, and his stereotypical bully of a son, Will, who is convinced Stephen's a spy from nearby Fort Leonard. Will's usual target, wild Chinese girl Jenny, bonds with Stephen over their shared outcast status, while her adopted brother Jackson pulls him into youth sports, and teacher Mr. Tuttle encourages his intellectual growth. Stephen and Jenny inadvertently set off a chain of impulsive actions that jeopardize more than just Settler's Landing. Stephen's underlying internal conflict about the clash between social obligations and personal survival ties the first-person narration together and physically manifests in the climax.

At times heavy-handed, but the author's enthusiasm shines through. (Dystopia. 12-17)