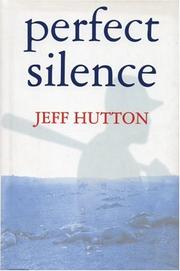 Baseball and the Civil War combine compatibly in this eminently likable, at times stirring, debut.

Living with his father on a hardscrabble farm in rural Virginia, 16-year-old Joe Tyler knows little of the outside world. It's 1864, and the bloody struggle between North and South is already three years old, but even this is largely beyond Joe's scope—though it won't be much longer. What Joe does know is "base ball"; his closest friend, Terence Hooker, has just come back from New York with stories about it, plus a leather ball and a picture of a bat they can use to model one of their own. Almost instantly, Joe gives his heart to the marvelous game for which he has such unmistakable talent. It takes him out of himself, enabling him to cope with the painful death of his mother and the almost as painful remoteness of his grief-stricken father. Gathering boys from neighboring farms, he plays whenever he can—until suddenly the war sweeps him up and into the Confederate army. At the savage Battle of the Wilderness, he's wounded, captured, and sent north to a brutal prison camp. Many die there, but grit and some luck help Joe survive. In the midst of mindless, often gruesome cruelty, he meets with unexpected kindness and, most importantly, with Sarah Kingsley, who helps repair the emotional damage inflicted by war. Hostilities end, and baseball's remarkable lockstep march with America begins in earnest. To Joe, an integral part of it, baseball is a metaphor for life, proof it can be led with grace, commitment, and honor.

Newcomer Hutton writes vividly about war and lovingly about baseball: an occasionally sentimental debut redeemed by passion and obvious sincerity.