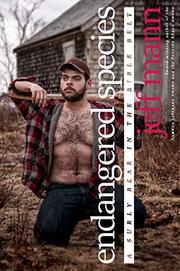 A Surly Bear in the Bible Belt

In a series of personal essays, Lambda Literary Award–winning writer and academic Mann (English/Virginia Tech; co-editor: LGBTQ Fiction and Poetry From Appalachia, 2019, etc.) explores the experience of being a gay man who appreciates conservative Appalachia.

“I own no Cher or Streisand CDs,” Mann proclaims early on, making it clear to readers who may be unfamiliar with his work that he doesn’t fit gay stereotypes. He doesn’t live in a large city, and he’s content with living with his “husbear” in the mountains of the Virginias, listening to Joni Mitchell, and reflecting on writers such as Wordsworth and Keats. Across 22 essays, Mann discusses religion, politics, and sex while addressing the seeming disconnect between his sexuality and the down-home world that he loves. Religion remains the thorniest aspect of Appalachian life for Mann, but in the essay “Surly Bear in the Bible Belt,” he smartly traces his sexual desires for stereotypically masculine men and bondage back to the rigid gender roles of fundamentalist Christianity. Politics, including the election of Donald Trump, are woven throughout these pieces, but they come to the forefront in “Confederate” and “Watch Out! That Queer’s Got a Gun,” in which Mann offers nuanced and surprising stances on hot-button issues. However, the author always wisely brings his arguments back to the personal, concentrating on emotions that Civil War pictures stir within him or how a gun can assuage his anxiety over potential homophobic attacks. His carnal desire for “burly men” comes up often, and it may be the one point that feels repetitive in this collection; however, he sharply analyzes it in the travelogues “Whoremonger” and “A Leather Bear in the Big Easy,” which call to mind the frank, revealing essays of Edmund White. Mann offers some of his best insights in shorter, more poetic pieces, such as “David” or “Country Boy,” in which he concisely relates that two aspects of his identity are intrinsically linked: “I’m country because of the men I’ve yearned for and the men I’ve loved.”

Intelligent, intimate analyses of a gay life in rural America.