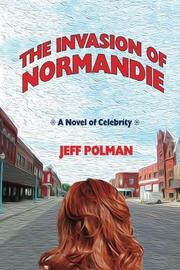 THE INVASION OF NORMANDIE

A troubled pop star crash-lands into the lives of two super-fans in this novel.

Twenty-nine-year-old Normandie Vine is one of the most famous people in the world, boasting several hit albums and a massive teenage fan base. But life in the spotlight is starting to suffocate her, and she’s developed a serious drug problem to cope with her existential ennui. After trashing her car while escaping paparazzi, Normandie checks into Peak Experience, a plush Colorado rehab center that provides little actual respite from tantalizing drugs, gawking fans, or the overbearing control of her agent, Myra Harp. A Klonopin-addled Normandie wanders out of the center soon after arriving, only to stumble onto the highway and climb into a parked car belonging to Fran and Trish Dunwoody, two teenage Normandie super-fans who have traveled from their rural hometown of Endeavor, Nebraska, to hold up supportive signs. Fran and Trish believe that a compassionate and anonymous environment will best help Normandie kick her habit, and abscond with her back to Endeavor. As Hollywood panics and Myra attempts to profit from Normandie’s dramatic disappearance, Trish and Fran move the star into their home with their Uncle Dave, who has cared for the sisters ever since their parents’ death. Normandie’s mental state is in and out—she first wakes up believing she’s 12—and Trish and Fran struggle to unlock the puzzle of the woman’s past while avoiding the notice of their small-town neighbors. Polman’s (Twinbill, 2016) premise allows room for both slapstick comedy and real feelings, though the dialogue’s tendency toward dated slang and zany exclamations mutes the story’s emotional heft (At one point, Fran gushes: “Of all the thousands of fans who were there, she picked us to rescue her! Isn’t that the coolest?”). Normandie’s abduction by the well-intentioned sisters (and their eventually complicit uncle) contains overtones of lies, ownership, and control similarly present in the relationship between the celebrity and her handlers, an intriguing parallel that feels underexplored in the name of portraying the Dunwoodys as innocent and likable. The ending relies on deux ex machina but still generates real empathy for Normandie’s ultimate reckoning with her past. The author’s writing style is enjoyably snappy but can gratingly overuse sentence fragments.

A tale with an excellent premise about art, identity, and relationships that hits a few stumbling blocks.

THE LOVE SONG OF JONNY VALENTINE
by Teddy Wayne
Children

THIS IS WHAT HAPPY LOOKS LIKE
by Jennifer E. Smith
Children