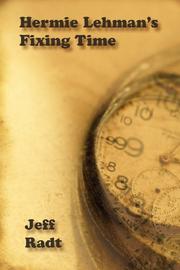 A young boy travels to the past in order to fix the present.

While walking to school, Hermie Lehman, a kid in St. Louis in the late 1960s, discovers a strange hole floating above the sidewalk. He toys with the idea of stepping through but becomes afraid at the last minute. When he arrives at school, much has changed, including the fact that his best friend seems to no longer exist. He rushes home only to find a stranger living in the apartment Hermie had shared with his mother. Confused, he returns to the spot where the hole had appeared earlier; now, the disembodied voice of Martin addresses him. Martin tells Hermie that he was supposed to have stepped through the hole to be momentarily transported 100 years into the past, where, through a complex chain of events, he would have stopped a runaway cart from killing his best friend’s great-great-grandmother. This one small hiccup in the past has caused innumerable changes in the present, so Martin convinces Hermie to go back in time to try to set things right. Unfortunately, Hermie’s powerful sense of compassion and his innate decency make it difficult for him to hew to the historical script, which sometimes involves innocent people being hurt or killed. If Hermie ever does make it back to his own time, he might not even recognize it. With its straightforward prose and young protagonist, this book would be best suited for YA readers. Radt fills the story with period detail, which helps immerse readers in two of St. Louis’ historical eras, when it was fur trappers’ outpost and a bustling frontier town. His characters are fleshed out and accessible, but some key plot points, such as the identity of the mysterious Martin, are left unexplained. Also, the final act leaves things frustratingly unclear. Still, given its intriguing premise, period detail, well-crafted characters and sharp prose, this book would be an excellent choice for young readers interested in time travel or life in the late 1800s.

Engaging, despite some dangling plot points.