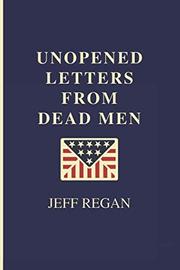 Regan tells the story of three men attempting to move beyond the death of their family’s matriarch in this debut novel.

In the Midwestern town of Richland around 1968, high school basketball star Billy Hennessey hasn’t recovered since his mother, Janet, died in a car accident nearly a year ago. He finds it harder to relate to his friends, and he recently lost his girlfriend. He isn’t the only one reeling; the loss has made his overbearing father, Big Al, angrier and more prone to violence: “Her voice, sometimes the only reasonable one in the house, was gone.” Big Al blames his other son, Al Jr., for her death, as she was on the way to pick him up in the car. Al Jr. was sent to Vietnam not long afterward and returned with a severe injury. He’s been avoiding his father and brother ever since, suffering from PTSD and feeling unsure about his place in the world. Despite their conflicts, the men still wish to remain a family, although they’ll have to find a way to communicate with one another without Janet’s mediation. If they can understand one another’s pasts—and survive the dangers of the present—they might be able to build a real future. Regan’s detailed prose, which shifts its perspective between the three Hennessey men, strikes a deliberative tone throughout the novel: “Music blared out from an outside speaker he couldn’t remember being there before, a lively song about a brown-eyed girl that reminded him of Janet, overwhelming him until he was momentarily oblivious to everything.” The narrative moves at a slow pace, but as it does, it effectively delves into the psyches of all three of its major characters, exposing problems that go much deeper than the loss of a wife or mother—including problems of the world at large. The result is a novel that captures not only the fractures of family relationships, but also those of a small community caught at a key moment of cultural transformation.