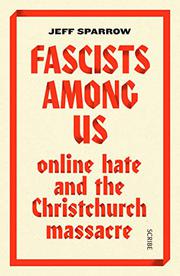 An Australian editor and journalist argues that we need more information, rather than information blackouts, in response to fascist terrorism.

After a gunman massacred more than 50 worshippers at a mosque and Muslim community center in Christchurch, New Zealand, government officials and media combined to deprive the perpetrator of whatever notoriety and dark glory he had sought. They refused to reveal his name or quote from the 73-page manifesto he wrote to justify his mass murdering. Later, the Columbia Journalism Review would analyze the media coverage and agree that the “ ‘best practice’ for the media included not publishing the shooter’s name, the title or contents of his manifesto, the name of the forum on which he posted his document, or any specific memes he deployed.” Guardian columnist Sparrow (No Way But This: In Search of Paul Robeson, 2018, etc.) maintains that all of this was widely shared among the fascist fringes from which the killer arose and that the context could be crucial for the general public as we attempt to prevent repeated occurrences. Instead of further marginalizing the killer as a lone-wolf psychopath, the context provided here places him within a fascist lineage, suggesting that his writings are both coherent and consistent with an evil ideology. Furthermore, the widespread pervasiveness of Islamophobia has made the unthinkable somehow acceptable in the same way that anti-Semitism led to the Holocaust. “The alleged perpetrator of the Christchurch massacre might have entered…by himself but, politically, he was never alone,” writes the author. He shows how and where fellow fascists form shadowy internet communities to foment violence against immigrants and minorities and spur dialogue on the “Optics War,” “ecofascism,” and “accelerationism,” terms that are much more common among this fringe than they are within the general public.

Sparrow convincingly argues that the more we understand about the last terrorist, the better we can prevent the next one.