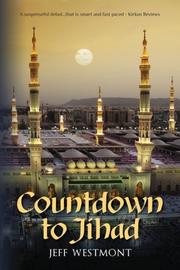 CIA agent David Harrim crisscrosses the Middle East in pursuit of a mysterious terrorist mastermind with a plot to spawn global jihad.

In Westmont’s suspenseful debut, Harrim races from Afghanistan to Jordan, Israel, Iran, Turkey, Pakistan and Saudi Arabia in pursuit of the rich and mysterious terrorist known only as Abdullah. David must discover Abdullah’s real identity and plans before millions of innocent victims are killed, including himself. But David isn’t a typical agent. He is the child of mixed parentage, an Israeli mother and a Palestinian father who split up and embarked on radically different paths when David was a child. As the story progresses, not only does David strive to prevent potential mass devastation, but he also directly confronts his past and the decisions he and his family have made. At critical points, he narrowly escapes death with the aid of two female agents—one Israeli and one Iranian; each has her own motivations for helping him, though they are less interested in helping each other. Westmont tells a story full of action and intrigue that readers will recognize as all too plausible in a post-9/11 world. What makes the novel compelling, though, is the care taken to examine the local customs, motivations and histories of nearly all of the characters—Western and Middle Eastern. These are characters with doubts and desires, haunted by their personal histories and by their actions in the present. Westmont’s investigation of his characters’ anger and fear is believable and subtle and adds emotional complexity to his novel. There are a few minor typos a proofreader could have caught, and occasionally the dialogue sounds artificial, but these problems are infrequent in a novel that is smart and fast paced with well-rounded characters and convincing detail.