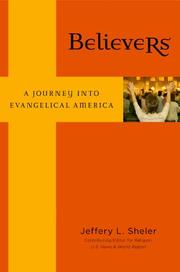 A Journey Into Evangelical America

Travels with Chaplain Charley into such heartlands as Grand Rapids, Mich., and Orange County, Calif., on the trail of homegrown fundamentalists.

At one time, fundamentalist Christians liked being called just that. But once the media started applying the term to Jews and Muslims, the more sensitive of the brethren demanded to be called “evangelists.” Evangelical America, notes U.S. News and World Report writer Sheler (Is the Bible True?, 1999), numbers at least 50 million inhabitants. Many of those folks share common notions: Gay is bad, gay marriage worse; Bush is good; churches branded and marketed like chain restaurants are much to be preferred to the tired old denominations; far from quietly rendering unto Caesar, fundamentalist Christians deserve a place at the political table. Comparative liberals like “America’s pastor,” Purpose-Driven Life author Rick Warren, eschews public-policy debates and gives most of his considerable income to social-service charities, but he’s the welcome exception here. More typical is Focus on the Family founder James Clayton Dobson, who opposes gay marriage because “if two women can say they’re entitled to the rights of married couples, there isn’t any reason why some judge won’t say three can do the same thing—or five and two, or six and one.” Gays are obsessed over by the fundamentalist cowboy churches of Colorado, which surprises Sheler, who may not have heard of Brokeback Mountain; they obsess fundamentalists all over America. Yet, interestingly, absent gay marriage and abortion, evangelicals would not be solidly Republican; after all, 55 percent of them voted for Bill Clinton against George H.W. Bush in 1992. As Sheler notes, evangelicals are “working with feminists on sex-trafficking legislation, with gay-rights activists on the Global AIDS Initiative, with Tibetan Buddhists on the International Religious Freedom Act . . . and so on.”

There’s not much news here for those who follow the news, but it makes for a useful survey of an influential subculture.