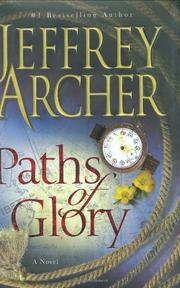 Fictionalized account of the mountain climber who may or may not have been the first man to conquer Everest.

George Mallory (1886–1924) was an Englishman very much of his time: a history teacher who enlisted in the Great War when two of his pupils were reported killed, a faithful husband to his devoted wife Ruth, a team member loyal to his mates despite their personal failings. What set him apart were his utter fearlessness and his extraordinary gift for climbing. When he vanished with fellow climber Andrew Irvine during a 1924 assault on Everest, some 30 years before Sir Edmund Hillary’s successful ascent, a rapt public was divided over whether he’d reached the peak before his presumed death, a controversy the discovery of his frozen body in 1999 did nothing to resolve. Archer (Prisoner of Birth, 2008, etc.) turns Mallory’s life into the tale of an unimpeachably good and heroic man. His most interesting battles aren’t with the elements, but with petty bureaucrats who scheme against George Finch, the caddish but accomplished Australian climber Mallory wants as his partner, and with himself, torn between his responsibilities to his long-suffering wife back home and his desire to climb Everest “because it is there.” Mountaineering technocrats can look elsewhere: The mountaineering sequences are marred by Archer’s apparent ignorance of the mechanics of climbing, reduced here to the debate about whether it’s cheating to use bottled oxygen. Nor are the characters especially compelling, since the author seems to feel no need to flesh out real-life figures.

A bland yarn in the Boys’ Own Adventure mold about an old-fashioned hero from the days when the Empire demanded nothing less.