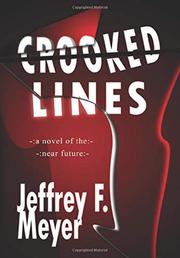 A philosophical bishop gets dragged into a dangerous world in this thriller.

Meyer, the author of A Call to China (2017), cleverly models his story on the famous 16th-century Chinese narrative Journey to the West, in which a monk, accompanied by three colorful companions, takes a lengthy pilgrimage to India to recover Buddhist sutras. In this novel, set in the near future, that monk becomes Brendan Donovan, the kindly but naïve Catholic bishop of Charlotte, North Carolina.He wakes up one day, after two months in a coma, as the only survivor of a terrorist car bombing. As he recovers his memory, he realizes all is not as it seems—as indicated by the presence of secretive government agent Clyde Reese. Brendan had taken part in the UNESCO-sponsored Project 28, whose final, unpublished report condemned the actions of authoritarian governments and warned about climate change. He’s also one of only two survivors from that group. So, aided by his faithful vicar, Monsignor Finney, Brendan goes on the run. He ultimately hides among a group of homeless people, eventually meeting Hog Molly and Monk,who become his traveling companions. He decides to travel to the sacred site of Iona off the coast of Scotland to unveil the Project 28 report. All the trio has to do is avoid the sophisticated global surveillance network—and find a way to get to Iona. Meyer serves up an enjoyable cautionary tale that makes an ancient story plausible for the modern era. Using Brendan’s plight, the author examines how difficult it would be to go completely off the grid and how well-meaning people can unintentionally put themselves in danger. Meyer also provides a well-rounded cast of characters: Brendan goes from doughy idealist to rawboned realist, and ex–football player Molly and monk-in-exile Monk deserve much of the credit for that transition. Even the hardcore Reese, who longs for the strict old days of the Catholic Church, starts to question the choices he’s made. Indeed, the result is as much a character study as it is a suspenseful thriller—and it’s one that will make readers think twice about those in power.

A thought-provoking novel with a clergyman who evolves into an intriguing hero.