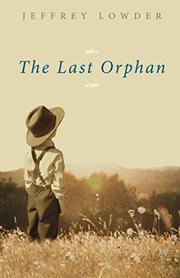 In Lowder’s debut historical novel, two communities struggle to find healing after a massacre in the Utah Territory in the 19th century.

In 1857, a wagon train from Arkansas heading west meets a violent end when 120 of its men, women, and children are killed. Members of the Church of Jesus Christ of Latter-day Saints in nearby Parowan take in the surviving 17 children, saying that Paiute Native Americans carried out the attack, but in the rest of the country, popular opinion judges LDS members to be “bigamous heathens,” and assumes that they were behind the bloodshed themselves. The eponymous “last orphan” is Tommy Dunning, née Levi Cantrell, who’s only 3 when his parents are killed; he’s immediately adopted by LDS members Bennet and Eva Dunning in Parowan. Two years later, Tommy’s memories of his birth parents are little more than nightmares, but U.S. Army soldiers come to make good on LDS leader Brigham Young’s promise to return the orphans to their extended families. It turns out that Tommy’s biological grandmother, Ruby Seddon, knew that her grandson was alive by divine vision—“My grandson Levi surely lives, as God in Heaven revealed it.” Notorious detective Allan Pinkerton takes on the task of finding answers for Ruby. Lowder effectively ramps up the tension between two women who love Tommy dearly—the only mother he knows, and the grandparent he doesn’t remember—as each woman fights for the boy and his future. Over the course of the novel, the author keeps up a quick pace, even as he juggles many different characters in locales across the country. Some of the characters’ interactions seem a bit contrived at times. However, the book has a compelling premise at its center, and the story is alive with emotional truth, as when Eva struggles to keep her family intact by keeping her son’s identity a secret, and resists her husband’s desire to take a second wife.