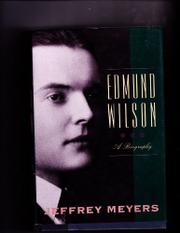 The prolific biographer of Conrad, Poe, and Hemingway (among others) doesn't have to compete with earlier books in this case, since his straightforward account beats to the marketplace even the authorized life—due at some indefinite future date from Wilson editor Lewis Dabney—of America's greatest man of letters. Meyers's real competition is Wilson (18951972) himself, whose sexually frank and socially candid journals, as well as his many memoirs and volumes of published letters, offer a formidably complete chronicle. To his credit, Meyers has studied these documents with a discerning eye and arranged the best parts into a coherent narrative. Particularly attentive to Wilson's vivid sex life, he notes the short and stocky belle-lettrist's belated sexual initiation (at age 25) and a list of lovers that reads like a Who's Who of modern literature, including Edna St. Vincent Millay, Elinor Wylie, Louise Bogan, Leonie Adams, and Mary McCarthy, who became his third wife. Meyers sheds new light on this tumultuous marriage, which got vitriolic treatment from McCarthy in several novels as well as in Intellectual Memoirs, though her lawyers insisted on suppressing Wilson's comments on it in the published edition of his diaries. Far from an ideal husband or father (he married four times and sired three children), Wilson was hardly the violent cad depicted by the ambitious and deluded McCarthy, Meyers concludes. The author covers Wilson's troubled financial history (including his fracas with the IRS) and surprising sales figures—his book on the Dead Sea Scrolls was his only best-seller, far exceeding the figures for such better-known volumes as Axel's Castle and Patriotic Gore. A bland critic, Meyers wisely skimps on literary analysis in favor of character judgments, which he makes with considerable shrewdness. A neat and fluent narrative that will satisfy Wilson fans as well as those who want an introduction to America's Samuel Johnson.