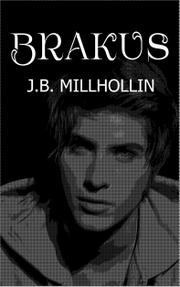 In Millhollin’s debut novel, a professional thief with OCD scrambles to recover after a heist goes wrong in a small New England town.

Roy Brakus keeps a low profile. He moves around the country, disposing of cars and identities without a backward glance. He cases the homes of his affluent victims for weeks before meticulously breaking in and cleaning out their jewelry boxes. His OCD gives him a professional edge: “Maybe other burglars were more daring, or better climbers, or more technologically savvy than he was, but nobody out-organized him.” Brakus thinks he’s hit the mother lode when, after arriving in Vermont, he realizes that two wealthy customers at a local jewelry store happen to be neighbors. But, as in every small town in popular culture, placid surfaces conceal sinister depths: As Brakus watches both homes, planning a double burglary, he realizes that Barbara O’Connell’s husband abuses her and Sara Jacobs’ lawyer husband is having a very hot affair with his secretary. Millhollin shows a knack for the well-observed detail, as when he notes that the unused sidewalks in the upscale neighborhood are there for residents who want “the look and feel of a friendly neighborhood—without the hassle of having to actually interact with neighbors.” Brakus’ well-planned burglary goes awry when Barbara unexpectedly returns home; he shoots and kills her before escaping, forcing Sara’s husband, Dan, to defend Barbara’s much-detested husband in court. Into this drama hitchhikes Ethan Murphy, a Pollyannaish college graduate traveling cross-country who decides that the taciturn loner staying at his motel really needs a friend. Although there’s no whodunit-style tension here, the character of Brakus is intriguing enough to carry the action. Millhollin tells much of the story from the thief’s point of view, allowing him to capture readers’ empathy, but as the novel progresses and reveals more of Brakus’ chilly nature, those same readers may become increasingly uncomfortable.

A low-key but well-written thriller featuring a memorable main character who grows creepier by the page.