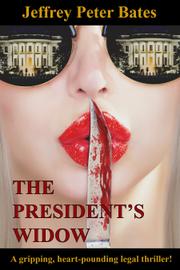 A Memphis, Tennessee, attorney defends the first lady of the United States, who’s facing charges of murdering her spouse in Bates’ thriller.

Maddie Kincade may be a “small-time country lawyer,” but her latest case is in Washington, D.C. Jana Sinclair, her client, is a friend whom Maddie’s parents took in as a 15-year-old when her mom was institutionalized. She also happens to now be the first lady, and she’s accused of killing her husband, President Graham Sinclair. The evidence is damning: Secret Service agent Jack McCaffrey found Jana holding a bloody dagger in the Lincoln bedroom; the couple regularly fought; and she even provided authorities with a full, signed confession. For support, Maddie brings her mentor, professor Ollie Dodd, and her whip-smart assistant, Carly Gibbs. Unfortunately, Ollie is displaying signs of early-onset Alzheimer’s disease, and although he discovers evidence that could turn the case in Maddie’s favor, he quickly forgets it. Although Jack believes the first lady is guilty, he’s quite taken with her attorney; it’s a mutual feeling, and romance quickly becomes a possibility. Meanwhile, in Texas, a man named Hoyt Tolliver has a deep-rooted animosity toward Maddie. When he hears that she’s in Washington, he travels there on a murderous mission. This novel is relatively lengthy at more than 475 pages, but it moves at a steady clip. Bates keeps his scenes and details concise, which generally benefits the story and characters; the subtle romantic relationship between Maddie and Jack is particularly notable. The courtroom scenes, on the other hand, suffer a bit, as they’re too short for much intensity or intrigue to develop. Moreover, the subplot involving Tolliver occasionally sidelines the main murder plot, particularly in the final act. That said, Tolliver’s backstory and motivation are truly disturbing, and he’s a frightening, formidable menace throughout. There are also several twists in Maddie’s case that may surprise even the most savvy readers.

An engrossing legal mystery with an unforgettable villain.