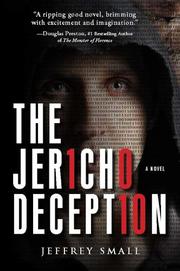 In a crowded lab at Yale University, Dr. Ethan Lightman and his research team work on a machine that can induce mystical experiences in experimental subjects using noninvasive methods. Lightman’s research is rooted in his longtime struggle with his own mystical childhood experiences, which have long haunted him. Despite promising initial results, his project is struggling to stay afloat, until a mysterious agency swoops in with bounteous funding. Soon, the project makes significant progress, thanks in part to the contributions of grad student Rachel Riley. But Lightman and his colleagues soon discover that some of their research backers have sinister motivations and plan to misuse Lightman’s work for their own ends. Soon, kidnapping, murder and other crimes ensue. Small ably weaves his many plot threads together; he never lets the story drag, and he never allows his major characters to languish. He also manages to get across a number of complicated concepts—from magnetic induction to neurophysiology to near-trance states—without bogging down the story. At all times, he gives readers a clear idea of where the action is, who the characters are, what they’re doing and why, despite a hugely ambitious narrative than spans continents. Readers will appreciate the author’s consistent clarity of thought, which they’ll find in abundance here. There are a few flaws, however, such as a tendency toward pedestrian dialogue, particularly between Lightman and his faculty mentor. There’s also an occasional odd emphasis on a secondary protagonist, a Jordanian doctor. However, these minor issues pale in comparison to the story’s many strengths.