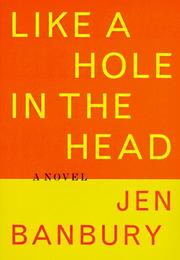 A curiously discordant and inchoate first novel set in Los Angeles and environs, and focussed on a thinly characterized young woman in pursuit of (and fleeing from) a gaggle of southern California grotesques, as well as her own recent past. Having drifted cross-country after her mother's death, Jill finds herself working at the Bitter Muse Bookstore. A passing dwarf who needs quick cash sells her a signed Jack London first edition, but returns soon thereafter, accompanied by a menacing companion, to demand it back. Alas, Jill has already sold the volume to Timmy, a bookseller acquaintance and former child movie star who lives along the Venice Beach canals surrounded by pet ducks, and who has inconveniently disappeared. The whimsy thickens as Jill's efforts to reclaim the fugitive book lead her to the Las Vegas casinos, a bit role in a film being shot by famed actor-director John Malcome, encounters with both disguised movie extras and real cops, and a climactic standoff that skillfully mimics the overexplanatory conclusions of any number of classic film thrillers. Besides the dwarf, Jill's antagonists and accomplices in this seesaw caper include a malnourished dog, a baffled water-delivery man, and an all-night veterinarian. It's hard to understand how they all interrelate and signify—but there are occasional fleeting echoes of James Purdy's Malcolm, another colorfully giddy tale of an embattled innocent. Darker matters are suggested—a father who may have had his son killed; the likelihood that Jill helped her cancer-ridden mother to die—but Banbury leaves these undeveloped. A smoothly written debut, graced with neat turns of phrase (a vomiting cat ``convulsed . . . like a furry accordion''; a roller- coaster ``loop[s] through the dark like a low-hanging constellation''), but its arbitrary weirdness makes it a chore to wade through. Interesting, overall, but crucially flawed.