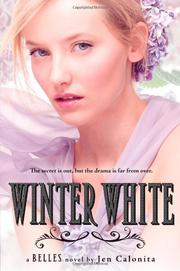 From the The Belles series, volume 2

The second book in the series begun by Belles (2012) doesn't improve upon its predecessor; in fact, it only cements the flaws in this limp take on Southern chick lit.

Even though their father's political campaign is in turmoil, newfound sisters Izzie Scott and Mira Monroe take comfort in the good things in their lives. For Izzie, there's her slowly developing relationship with Brayden; Mira is hoping her friendship with Kellen can become more. Both girls are united in their anger toward their father and his secrets about Izzie's parentage. When cotillion season arrives, Mira can't wait to make her debut, although Izzie is skeptical about whether she belongs amid the white-gloved debutantes. Dylan, Brayden's rebellious sister, plays upon Izzie's self-doubt and acts as a cardboard puppet master, while one-note mean girl Savannah still causes problems for Izzie and Mira. Romances are tested, shallow problems overcome, and a political campaign is nearly derailed, once again because of a bad campaign worker, on the way to yet another "shocking" twist. This novel, told from both Izzie’s and Mira’s third-person perspectives, suffers from neither girl's voice having any life or depth. Character decisions and plot points are telegraphed without subtlety.

This soapy melodrama comes off as a tiring chore instead of guilty pleasure reading.