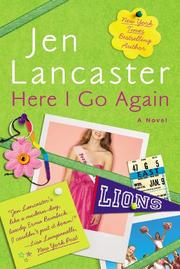 In a whimsical twist on the Back to the Future scenario, a bully returns to her high school days to right some wrongs.

At 17, Lissy Ryder was the Mean Girl of Lyons Township High in suburban Chicago. As head cheerleader and girlfriend of the football team captain, Duke, she had a clique of cool girls in her thrall, and she persecuted anyone who was different or nonconformist. Now 37, Lissy, a publicist, lives only to overspend. After she’s fired by her PR firm for shirking, her husband, Duke, stops covering her massive debts and asks for a divorce. She’s gained a few pounds since moving back to her parents’ house and is not looking forward to the 20-year reunion of LTH’s class of ’92. Hoping to network with her former sycophants, she’s appalled to find that, without exception, her victims have outclassed and outperformed her. Amy, a girl Lissy mocked for her long nose, is now a plastic surgeon to the stars. One-time hippie outcast Debbie is now Deva, a New-Age entrepreneur. Brian, a dorky but attractive neighbor Lissy dumped for Duke, is an Internet couponing mogul. At the reunion, Lissy is the pariah. When Deva gives her a rare Incan potion, Lissy thinks it’s a hangover cure, until she wakes up in her parents’ house—in 1991! Lissy seizes this opportunity to avoid karmic missteps, dialing down the meanness. Back in the future, Lissy is not only happily hitched to Duke, but as the CEO of a thriving Chicago PR firm, is supporting him. She has it all, including the Birkin bag and the Gold Coast town house. However, now her victims are failures: Brian toils in a grim cubicle, the plastic surgeon is a trailer-trash drunk, etc. How can Lissy rectify the unintended consequences of her well-meaning do-over? The answer, while subject to many of the logical sinkholes typical of parallel-universe tales, is still unexpected enough for a fitting and none too treacly close.