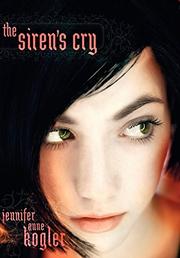 Twelve-year-old Fern is an Otherworldly, a vampire—though why a non–blood-drinking, non-immortal, naturally born, teleporting telekinetic is called a “vampire” is left as an exercise to the reader.

After fighting the evil Blouts in The Otherworldlies (2008), Fern must now face a deadlier menace: rooming with the school's mean girls on a class trip to Washington, D.C. Fern's only distraction from the bullies tormenting her is her vision of a boy in a cage. The boy, she discovers, is Miles Zapo, a kidnapped Otherworldly just Fern's age. Fern suspects Miles, like her, is one of the Unusuals, destined to do something or other.

(It's not clear what’s so Unusual, and it doesn't really matter; as long as there's a prophecy it's important, right?) The kidnapper is the dastardly Silver Tooth, also known as Haryle (“Hair-uh-Lee”) Laffar, brother of evil Vlad from Fern's previous adventure, and possessed of even more mysterious and evil secrets. The Smithsonian, the Hope diamond, moon rocks and mohawked, scaled, monstrous birds all play a part in Haryle's villainous plans for Miles and Fern. A firmly middle-school adventure (despite packaging attempting to capitalize on the paranormal craze among older teens) composed of cartoon villains, unconvincing heroes and a muddled, nonsensical plot.