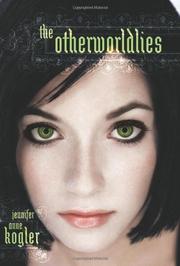 Twelve-year-old Fern has always been unusual, but when she accidentally teleports out of an unpleasant classroom, she discovers she is an Unusual. Fern’s extreme sun allergy, pointy canines and dark hair are all normal for a vampire—or Otherworldly, as she learns the magical beings like to be called. Though Fern has grown up in an extremely ordinary adoptive human family, she’s anything but run-of-the-mill herself. Fern is one of the Unusual Eleven, a group of Otherworldly children with special abilities and important destinies. Fern and her beloved (and human) foster brother Sam are soon embroiled in a political battle against Vlad, leader of the evil Otherworldlies. Fern and Sam take the magical underworld of the Otherworldlies, composed of an unexpectedly bland bureaucracy informed by classical and European mythology, by storm. Despite plot threads that don’t quite hang together and some awkward turns of phrase, Fern’s story will readily please young vampire fans. (Fantasy. 10-11)