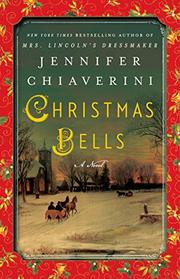 Preparing for Christmas in Cambridge, Massachusetts, church members face challenges aided by faith and friends and inspired by the eponymous poem by Henry Wadsworth Longfellow—who, in an alternate storyline, fights despair as he confronts personal tragedy and the Civil War.

Christmas is fast approaching, and St. Margaret’s Catholic Church is a hub of activity. The children’s choir, under Sophia’s talented guidance, is practicing its program, which includes “I Heard the Bells on Christmas Day,” the lovely carol based on the poem by Cambridge’s own Longfellow. Sophia is determined to remain optimistic this season, despite her recently broken engagement and the threat of losing her job next spring. After all, these children lift her spirits, and she can always depend on Lucas, the saintly accompanist, to be there for her. Particularly talented are the red-haired siblings, serious Charlotte and precocious Alex, whose father is serving with the National Guard in Afghanistan and whose mother is overwhelmed by the crushing news that her beloved husband is missing, a fact she's trying to keep secret. Father Ryan loves his calling and his congregants and is doing his best to aid them in their trials even as he navigates his own fractured family. The odd but cheerful, elderly Sister Winifred offers help and reassurance with eerily perfect timing and perception. Meanwhile, in a separate historical storyline that is lightly attached to the contemporary one, we follow Longfellow through the Civil War and the life-altering events that tested his faith and nearly crushed his spirit. Chiaverini stitches together a series of lightly interlocking contemporary vignettes in an intriguing way and manages to tuck away all the ragged edges in the emotionally satisfying conclusion. In the background are Longfellow’s tragic Civil War–era experiences, which, while poignant, feel emotionally distant.

A gentle exploration of tragedy, hope, the power of Christmas, and the possibility of miracles.