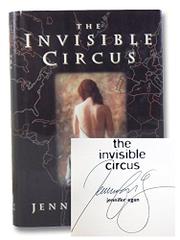 This sensitive debut novel puts theme before function in portraying the post-Boomer generation's nostalgia for the '60s they just missed out on. In 1978, 18-year-old Phoebe O'Connor is still haunted by the mysterious death, termed a suicide in 1970, of her hippie teenage sister Faith in Italy. Newly graduated Phoebe is feeling restless at home in San Francisco after discovering that her widowed mother is romantically involved with her boss. Phoebe's further horrified when her mother insists that her father, a would-be painter whose day job was being an IBM executive, had no talent. She spontaneously takes off for Europe to retrace Faith's steps in the days leading up to her death. Egan (whose stories have appeared in major magazines) takes a long time setting all this up, and in order to get the background in place, she often makes matters too convenient. It seems unlikely that an old friend of Faith's would run into Phoebe, recognize her (because of her resemblance to her sister), invite her to his apartment, talk about her sister, and then hand her a joint to deliver to his cousin in Munich. Later, when Phoebe arrives in Munich, there is a coincidence so huge and unbelievable that it almost destroys the earnest heart of this book. On the other hand, Egan does some fine writing. Descriptions of Amsterdam and London are so accurate they are almost tactile, and Phoebe's disappointment in finding that things are no longer quite so groovy as they used to be anywhere in the world is convincing. Eventually, she gets to the locus of Faith's despair and learns how the ideals of the '60s disintegrated. All of this is logical, but Egan has clearly set out to depict an entire generation rather than to tell a story. For example, Phoebe's brother is a 23-year-old millionaire with his own software company who exists only to show the alternative to the counterculture. Covers a lot of ground but sometimes stumbles. (Author tour)