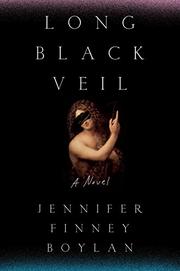 A return to fiction by the author of Stuck in the Middle with You: A Memoir of Parenting in Three Genders (2013) and She’s Not There: A Life in Two Genders (2003).

It’s 1980, the day after Casey and Wailer’s wedding. Led by their friend Tripper, they decide to visit the ruins of Philadelphia’s Eastern State Penitentiary. These recent college graduates are joined by their friends Maisie, Rachel, and Quentin, as well as the young men’s high school German teacher, the elderly Herr Krystal, and Maisie’s 10-year-old brother, Ben. While they’re exploring, they discover that they’ve been locked inside the prison, and before they’re released, one of them will go missing. After this tragedy, the friends drift apart only to be brought back together—decades later—when a body surfaces, the disappearance is revealed to be a homicide, and one of the group is the chief suspect. This is a nifty little setup for a thriller, and Boylan uses the murder mystery as a frame for interrogating our ideas about identity in ways that are both thoughtful and darkly comic. A trans woman, Boylan is best known as a memoirist and an activist, and the trans character in this novel adds a layer of intrigue and complexity. In order to serve as an alibi for her old friend, the person now known as Judith Carrigan will have to come out—to her husband, to their son, and to the world. Boylan is skilled at creating intriguing, three-dimensional characters; even those who prove to be inconsequential emerge as real, unique individuals, but in the end, character development rather overwhelms the plot. The resolution of the central mystery is anticlimactic, and as the story continues to chug along anyway, it becomes more and more dependent on coincidence and narrative leaps that are difficult to believe. Still, it’s hard to stop reading as these well-crafted characters confront middle age while confronting the defining event of their youth.