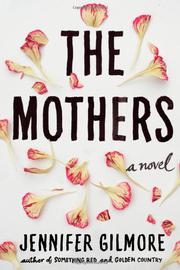 The low-key yet wrenching story of a Brooklyn couple who, after cancer and failed fertility treatment, endure more, different pain in their fixation to achieve parenthood.

“What is a mother?” asks Gilmore (Something Red, 2010, etc.) in her third novel, a tale of desperation and adoption so lifelike in its rawness and agonizing detail it could easily pass as autobiography. Answers include the female parents of Jesse and Ramon, the couple thirsting for a baby. Jesse’s mother, Jewish and political, contrasts sharply with Ramon’s tightly wound, traditional Italian mother. But other kinds of mothers feature too—peers, repositories of her story, even abstract mothers via memories and emotional bonds. And finally there are the U.S. birth mothers on whom Jesse and Ramon depend if they are to adopt, since her cancer history makes foreign adoption harder. The book’s plot, such as it is, is the chronology of undergoing the "open" adoption process, a route that adds its own unique pressures, with Jesse and Ramon’s relationship often creaking under the strain as they attend training, write their birth-mother letter and create their online profile. And then, once the pregnant women who might choose them start to call, narrator Jesse discovers she has additional lessons to learn about waiting and hoping. Heartbreak occasionally spiced with hilarity characterizes this persuasive docu-novel that scrutinizes mothers with limited sentimentality.