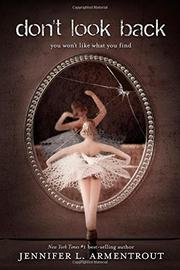 This engrossing thriller packs a heady atmospheric punch with plenty of theatrical scares, but it’s a bit too transparent to fully succeed as a mystery.

Samantha is recovering from a complex concussion that not only obliterated her memory, but also wiped clean her personality. Despite this, disturbing, bloody images visit her after she is found alone and bruised in the wilderness, days after she and her best friend, Cassie, went missing. And she is sobered by what she learns about her past self. Teen readers will appreciate Samantha’s earnest attempts to redeem herself in the eyes of her brother and childhood friends, even as she is horrified to learn that she’s alienated them for years with her petty, cruel behavior. Particularly complicated is her relationship with Carson Ortiz, the son of the groundskeeper on her extremely wealthy parents’ estate. The two are obviously attracted to each other, but Samantha’s wicked snobbery has been keeping them apart. Romance fans will love their playful banter, though it’s too bad ethnically stereotypical references to Carson as a “Latin-lover” and his “exotic” good looks linger into this 21st-century text. Samantha’s disjointed hallucinations of an eerily disheveled Cassie and of a hazy sinister figure are genuinely creepy, but for those who guess the culprit early on due to some unsubtle clues, it’s likely the carefully tension-filled pacing won’t work.

An engaging, if flawed, mixture of mean girls, steamy romance and psychological terror.