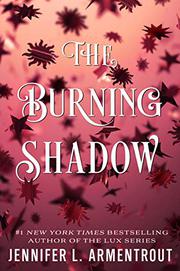 From the Origin series, volume 2

In this Lux spinoff, Evie continues grappling with her identity.

Still coping with the big revelation from The Darkest Star (2018) that Evie was Nadia before losing her memory, Evie struggles with who she is and against her attraction to Luc—she’s unsure if he loves her or if he loved a Nadia who’s gone for good. Meanwhile, April’s still involved in anti-Luxen protests while politicians attempt to pass laws to restrict Luxens’ rights and freedoms, a storyline with clear parallels to real-world situations. The anti-Luxen camp is also pushing a narrative that sporadic outbreaks of a deadly flu are caused by Luxens. The prose suffers from repetition, with detailed recaps coming sometimes in intervals of only a few pages—but at least that means the expanded worldbuilding (and the distinctions among Luxen, hybrids, Origins, Arum, and another new type of superbeing) is easy to keep straight. Storylines heat up—romances involve nongraphic physical intimacy, and the conspiracies-and-aliens violence hammers in the stakes. As an added treat for loyal Lux fans, characters from the original series appear. Gay and nonwhite characters are nominally present. In typical middle-book fashion, the ending does little in the way of resolving storylines; instead, it involves a character giving pages of exposition confirming characters’ theories and explaining a setup for the next book.

Aside from a splash of politics, pretty much what readers expect of the subgenre and author.