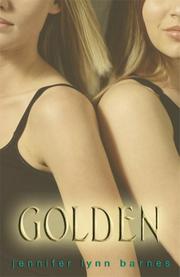 Although framed around the typical moving-to-a-new-neighborhood story and its related angst, this tale immediately bypasses predictability as protagonist Lissy James reveals her secret ability to see and interpret the color of people’s auras. Lissy’s ability, which is meticulously and believably explained, provides multi-dimensional views of her new classmates and family, which prove entertaining and insightful, especially on her first day at Emory High, when she’s shocked and frightened to sense that someone at school exudes a sinister colorless aura. At first, she assumes the unexplained negative energy flows from the vapid self-proclaimed “Goldens” or the popular crowd that has marked her as an easy target for teasing. However, as Lissy delves deeper into this colorless mystery, she quickly discovers that it transcends popularity and that she’s not the only one at Emory High with the secret abilities to uncover and destroy the evil energy source. A well-balanced blend of fast-moving fantasy and light, playful chick-lit. (Fantasy. YA)