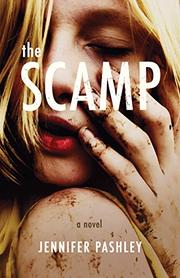 A chance meeting at a bar draws a young woman into an investigation that unexpectedly brings her answers about her long-lost cousin.

This engrossing debut novel is driven by the powerful voices of the two cousins, who narrate alternating chapters. At 23, Rayelle lives in her mother’s trailer, “unwed, already the mother of a dead baby.” Growing up, she was inseparable from her cousin Khaki, three years older and the source of Rayelle’s wisdom about boys and bodies. But Khaki’s feelings for Rayelle are not innocent or simple: “I hated her. And loved her more than anything.” More than a decade ago, Khaki left town with a boyfriend and was never heard from again. Yet in the best and worst moments of Rayelle’s life, it’s still Khaki she wishes were by her side. Drinking away her nights, Rayelle meets Couper Gale, a man old enough to be her father, who tells her he pays attention for a living. The two fall into an unlikely pairing, traveling across multiple states in Gale’s Gran Torino by day and sleeping in his camper by night. An investigative reporter, he's chasing a pattern of missing girls. “Sometimes, a girl dissipates like smoke rising up into the air. So thin, you can’t see her anymore. She becomes a cloud. You breathe her in,” says Khaki, whom we quickly learn is a serial killer—surely one of fiction’s most complicated. Her penchant to destroy what she loves is an obsession she inflicts on women who were abused by those who should have kept them safe.

An intense, riveting saga of the multiplying casualties of one family’s secrets and a girl’s determination to take control after a childhood “that rips you apart so your insides are one big scar.”