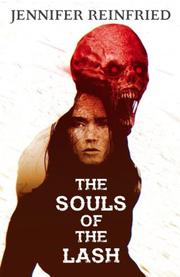 THE SOULS OF THE LASH

Otherworldly creatures terrorize the Wild West in this genre-bending adventure.

The sharpshooting Etta Davis is a magnetic protagonist in Reinfried’s (Grim Vengeance, 2017, etc.) latest novel. When readers meet her, she’s a miserable, hard-drinking woman who’s suspicious of everyone, but readers get to watch her transform into a magnanimous hero with bravado to match. When she hears that mysterious, feral creatures are destroying towns—and that her former paramour, Ira, is leading the charge against them—she can’t help but join the fray. Despite the fact that she’s invaluable in combat, the men that Etta aligns herself with don’t trust her merely because she’s a woman. Etta and Ira promise to leave their romantic relationship in the past, but things get complicated when a new love interest for Etta joins the fight. Meanwhile, the group’s otherworldly foes seem to grow more wily and vicious. These creatures—who remain unnamed at the end of the book—are among the most engaging elements of the novel: “They’re pretending to die, then coming back to attack,” one fighter notes at the beginning, foreshadowing the increasing threats that the gang will face. The heroes ride through town after town and help local residents defeat the otherworldly beasts, but they receive little help from others along the way. Overall, Reinfried delivers a fresh take on frontier stories with intriguing sci-fi elements. The first third of the novel, though, is consumed by a subplot about Etta escorting a father and daughter to safety. The abrupt shift in focus to Ira’s cause makes it seem like the story is missing a third act, and Etta’s complicated backstory could have used slightly more clarity. As she’s not one for talking, her trauma is mostly reported through cinematic flashbacks and conflicted inner monologues; her mantra—“Attachment means pain. Pain means distraction. Distraction means death”—is a neat, if overused, summation of her life thus far.

A gripping sci-fi Western that ends too soon.