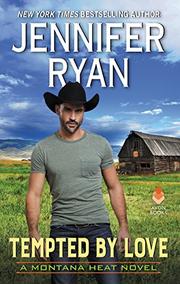 A one-night stand and a mysterious attack complicate the “just friends” relationship between a Drug Enforcement Administration agent and the younger sister of his two best friends.

Jay Bennett and Alina Cooke can’t resist their attraction while attending the double wedding of Alina’s brothers. The aftermath of their fling quickly leads to a dizzying back and forth of returning to formality and then jumping back into bed. While it’s clear their chemistry is the motivation for their trysts, both are worried about anything more serious. They know the life of a DEA agent is dangerous. Jay doesn’t want to leave Alina worrying about whether or not he’ll come home safely. Alina doesn’t want to live with that constant uncertainty either considering she’s already spent time fretting over her brothers, who are fellow agents. Whatever fun the two are having, as they wind up in each other’s beds, is dashed by a frightening incident when Alina’s car is purposefully run off the road. Jay isn’t sure if his work as an agent has engendered Alina or something else is at play. The suspense element is the most interesting part of the book; unfortunately, it doesn't mesh particularly well with Jay and Alina’s romance. Often, the story feels like two different books were Frankenstein-ed together, with neither plot getting the depth it needs to be satisfying. Many characters are superfluous, with their introductions having little relevance to the main story. Jay’s DEA assignments and career history provide some insight to his actions, but they still seem more like filler than anything else. Admittedly, Alina and Jay are adorable together, with Jay’s protectiveness and worry making him a caring, thoughtful hero. Alina’s constant waffling over her feelings for Jay isn’t as endearing. With the added action and threat of danger, this should have been a fast-paced read, but it never truly reaches a level above tepid.

Expect a lot of skimming to get to the good parts.