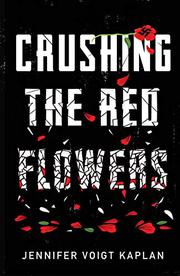 Two boys forge a brief and dangerous alliance in 1938 Germany.

Friedrich Weber is a 12-year-old member of the Jungvolk in Hannover. Membership is mandatory if quietly reluctant on his part. Emil Rosen is a 12-year-old Jewish boy in Hannover. Restrictions on Jewish life are coming into force, but Emil is still required to practice the piano and study for his bar mitzvah. The two cross paths at a remote spot on the Leine River, Emil finding peace there and Friedrich remembering that it was his papa who had shared this “special place, their secret.” But in the weeks leading up to Kristallnacht, each is caught up in the all-consuming anti-Semitism of their country as Jews are declared “non-German.” Friedrich becomes one of those throwing rocks at Jewish businesses as his parents embrace Hitler in the hope it will “keep [them] safe.” Emil’s family is torn between immigration to Paraguay and bewilderment; his vati fought for Germany in the Great War. The author has based her story on family history. She writes in alternating chapters that focus on each boy’s struggle to make sense of ominous events during increasingly oppressive times. Family loyalty, government opposition, bullying, and facing total upheaval in one’s life are dealt with memorably in this multilayered tale. The titular flowers, red poppies, have special meaning to each family.

A German boy makes an extraordinary and life-affirming choice in this compelling Holocaust tale.