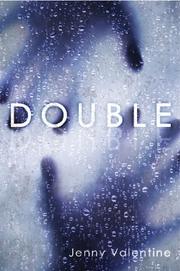 What are the odds of two identical missing boys? The possibility will haunt readers in this British import by Morris Award finalist Valentine.

When 16-year-old runaway Chap, named by his reclusive grandfather, gets locked up for fighting in a London hostel, detectives are certain that they’ve found missing Cassiel Roadnight, who disappeared two years ago on the firework-filled Hay on Fire fall festival. Longing for a real family, Chap assumes Cass’ identity and tries to ingratiate himself with the Roadnights as he moves into their home. Weighed down by his lies and the family’s doubts (“Your eyes used to be blue”), his ruse is not as easy to carry out as he imagined. Chap’s spare, first-person narration intensifies this taut, psychological thriller as he also begins to wonder why and how Cass disappeared. Flashbacks, fraught with identity, loss and betrayal, fill in the back story on Chap’s own life, which is just as mysterious as Cass’. Piecing together clues from his and Cass’ lives, Chap can’t help but believe that he may be living with Cass’ killer. With the next Hay on Fire quickly approaching, will Chap meet the same fate as Cass? Readers who like the quick pace of Gail Giles’ mysteries and the dark, finely crafted suspense of Kevin Brooks will find the perfect combination here. (Thriller. 12 & up)