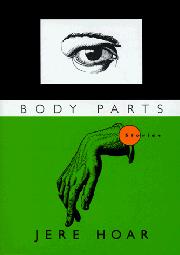 Eleven very Southern short stories in a first collection from a veteran of the small-press scene. Many of Hoar's tales are set in the same region of Mississippi that Faulkner wrote about—but his closest literary ancestor is really Erskine Caldwell. That's especially true in ``The Snopes Who Saved Huckaby,'' featuring a plot that bears some resemblance to Sanctuary and even a character supposedly related to Faulkner. The language, humor, and characterizations, however, are more reminiscent of Caldwell's Journeyman. As in that novel, an itinerant preacher is irresistible to women, and his conquests get him into trouble. He takes refuge in a girls' finishing school, resolving to leave women alone, but he can't, and the Lord strikes him with lightning, beginning a great storm that saves the town of Huckaby from drought. It's a delightful story, funny as Caldwell, but gentler, with a hilarious sequel, ``How Wevel Went.'' By contrast, ``Tell Me It Hasn't Come to This'' is mindful more of Flannery O'Connor: A lonely widow waves to passersby until, finally, one knocks at her door. He's a newly released prisoner who has come to God, though menace seems to lurk beneath his friendliness. The widow nervously spurns him, only to realize when he's gone that the man was sincerely offering just what she needed- -friendship—and that she's more alone now than ever. ``The Incredible Little Louisiana Chicken Killer'' concerns a sort of dybbuk that attacks a farm couple's chickenhouse; they make the mistake of taking it into their house, with unpleasant results. Finally, Hoar offers several growing-up stories set in the time of WW II. The title piece and ``A Brave Damn-Near Perfect Thing,'' for instance, are both meandering reminiscences of puppy love and small town life in the 1940s, and rather wistful. A winner.