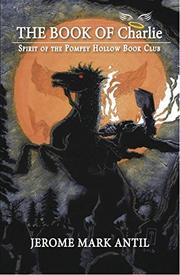 The Book of Charlie

Raucous adventure abounds in Antil’s (The Long Stem Is in the Lobby, 2013 etc.) heartfelt coming-of-age novel set in upstate New York during the 1950s.

Fans of Antil’s The Pompey Hollow Book Club (2011) will be eager to learn more about the misadventures of their favorite club members in this colorful follow-up novel. It’s the summer before their freshman year of high school, a time when they begin to leave childhood behind but are nonetheless itching for adventure as much as ever. The story is told from the perspective of ghostly Ole Charlie, a kindly neighbor who has passed and is now the group’s guardian angel. Fast-paced and action-packed, the novel follows young Jerry and his friends as they get their first jobs, rescue orphans and down-on-their-luck polio victims, and plan their biggest caper yet to catch a pair of criminals. Though the intrigue surrounding the two escaped criminals and the subsequent plan to flush them out are what pushes the novel forward, its heartbeat lies in the quiet moments that reveal the character of this close-knit community. Following World War II, which forever changed their lives, these communities have emerged stronger than ever. The people work together, care for each other’s kids, rally behind perfect strangers with abounding kindness and believe in the basic good in each person. As the kids of the surrounding communities all come together to protect their towns, a beautiful sense of brotherhood emerges; it’s an uplifting examination of what community really means. History buffs will also appreciate the many referencesto WWII, Gen. Eisenhower and decoy missions in England before D-day. Not without its faults, the novel is sometimes difficult to read. Readers will appreciate the unique language of the time period, but some sentences, especially in opening chapters, are unusually long and need to be read several times for clarity. Nevertheless, it’s a delightful read.

A beautiful balance of action and warmth.