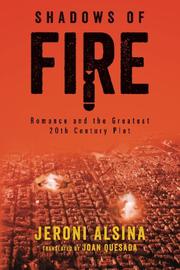 Alsina’s debut novel, translated from the Catalan, is an unusual historical saga that touches on the Holocaust, the Spanish Civil War, deconstructionism, kidney transplantation and 1960s sexual liberation.

As the novel opens in 1932, Samuel Klein, a Freudian psychoanalyst in Berlin, and his fiancée, American pianist Ruth, face exile as Jews. Rather than exploring this dramatic pre-Holocaust situation in depth, however, the narrative quickly skips to 1963. Samuel and Ruth’s daughter, Sarah, is a recent University of California, Berkeley, graduate who’s passionate about political activism and feminism. She travels to France to study philosophy under Jacques Derrida. Samuel asks Sarah to meet with Armand Roare, the son of a Catalan doctor who saved his life in 1940; Armand is heading to Paris from Barcelona, to complete a nephrology residency. Over jazz concerts, Sarah and Armand grow closer, and through meetings with Samuel’s wartime colleagues, they uncover stories of his exploits. While a refugee, Samuel spied for the British, reporting on Nazi activity and leading Jews to safety through Spain. Professional ambitions lead Sarah and Armand in different directions, as he performs Barcelona’s first kidney transplant and she takes Derrida’s theories to the United States, but a hurried last section gives the lovers one final, bittersweet rendezvous. The author’s scenes of World War II and the Spanish Civil War provide a vibrant backdrop to its middle flashback section. However, long passages of redundant historical detail seem shoehorned in. The book’s political commentary is also rather shallow (“We Jews want to flee from our cages”; “[w]ars are always cruel for the vast majority of the population in all countries”). Unfortunately, the novel’s characterizations sometimes fail to rise above stereotypes (“He tended to gesticulate when he spoke, as people from the Mediterranean do”), and its explicit sex scenes, though convincing, are sometimes overwritten (“Lustfully, he felt himself immersed in a liberating burst”). Throughout the novel, characters’ backgrounds are often forced into dialogue: “Before going to Paris…we’d like to hear about your life experiences.” Ultimately, even the 1960s framing device seems unnecessary; the best portions of the book recreate wartime action, and they might have been expanded to fill a whole novel.

A novel that features an intriguing blend of topics, hampered by awkward execution.