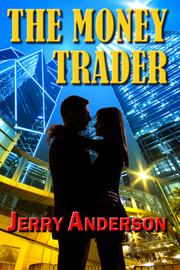 A young commodities trader rides the dizzying boom-and-bust roller coaster, wrecking his marriage, losing a fortune, and hitting rock bottom before fate tempts him with an unlikely trading tipster and the bewitching young daughter of an Ecuadoran diplomat.

Jake Buchanan, 30, works in Minneapolis for a large Midwestern insurance company. He’s on the way up, married to a beautiful wife, Janet, a doctor from a wealthy family, and running a profitable side business flipping real estate in the booming 1970s market. But he’s bored, and a friend soon talks him into trading commodities. Borrowing $25,000 from the bank, he speculates in silver based on rumors that billionaires William and Nelson Hunt are trying to corner the market. Despite mounting strains on his marriage, in nine months he makes millions. But for Janet—a practical businesswoman soon to launch a wildly profitable chain of children’s clinics—it all smacks of gambling. Dooming his marriage, Jake ignores her wishes and becomes a commodities broker himself. He thrives for a while, buying a yacht, cars, and a town house and living the high life. But then fortune frowns, and by 1987, he’s flat broke. In an acutely embarrassing scene, Jake swallows his pride and asks Janet for $35,000 to get back in the game. Maybe his luck’s changing; maybe it isn’t. Readers will hope Jake finds true love, as Anderson skillfully pulls us into his life with riveting portrayals of a trader’s grim setbacks and exhilarating successes. Jake’s ongoing kindness to a disabled boy also earns the reader’s affection. Even so, the narrative lags a bit during Jake’s conventional descriptions of his travels. We know, for example, that Venice is “the capital city of love and romance in the popular imagination.” Overall, though, fans of life in the fast lane will find much to enjoy.

Brutal markets and beautiful women in a bighearted debut featuring a daring trader with tastes for luxury and getting rich quickly.