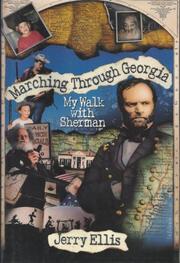 My Walk with Sherman

In his third book Ellis (Bareback!, 1993; Walking the Trail, 1991) sticks with his by now familiar conceit: trekking an arduous path across historical territory to find out the truth about history and himself. His latest hike is unusual, however, in that he chooses to march in the footsteps of the Union general William Tecumseh Shermana ``Yankee devil,'' as five-year-old Alabama-born Ellis was taught, and the general doesn't appear to have reformed much in the author's eyes. He calls him ``firebug'' and describes the Union soldiers as marauding animals and the freed slaves who joined them as a traveling minstrel show/bordello. Ellis's purpose is to discover the South, what it was and what it has become. But his journey across Georgia, from Decatur to Savannah, seems to be more an exercise in self-indulgence and personal vanity than a soul-searching of the South. The people he meets are standard hicks, southern belles, or stock colorful types, like the randy old Goat Man Ellis has admired his whole life for his wandering spirit. The insights Ellis gleans are also generic: Old people bemoan ``the difference between our generation and these new ones coming along''; teenagers are confused. They are also sex objectsthe girls anywaywhom the middle-aged Ellis ogles lecherously. No wonder his much-younger girlfriend, Debi, was worried about his fidelity. He talks about her a lot, too. A little about her voice and figure; mostly about her laudable habit of not wearing underwear, describing intimate moments with all the detailand literary flairof a dime-store romance. What is most disturbing, however, is that for all of Ellis's seeming lack of racial prejudice, he never addresses the question of slavery at all. As far as the reader can tell, Ellis sees nothing positive as having arisen from the war between the states. A long schlepp with a pompous and unenlightening guide.