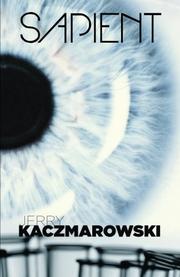 Dr. Jane Dixon is a San Francisco Bay Area scientist studying animal intelligence. She conducts experiments on both a rat and a dog to see whether exposure to a particular virus will give them humanlike intelligence and other skills, such as the ability to use tools. Jane is struggling with other issues at work, however, such as dwindling research funding and a boss who’s romantically interested in her. On the homefront, she has an autistic son named Robbie, and she’s desperately trying to hold on to her latest nanny. After dark, her laboratory comes alive in an astonishing manner when the rat (suitably named Einstein) lets himself out of his cage to mix things up a bit. It turns out that Jane’s virus has enabled Einstein to communicate—not by speaking, but by typing into a smartphone. Bear, the dog, isn’t a great typist, but he’s also become an intelligent, sentient being. The animals’ eyes glow an electric blue—a haunting image that becomes a hallmark of infected creatures throughout the novel. As Jane realizes the significance of what she’s done—including the fact that the virus has become communicable—she wonders about its potential to help her son and others with autism. Unsurprisingly, the Centers for Disease Control takes an interest in her work and demands that the program be shut down. However, Jane can’t give up the hope of a cure for her son and plans to escape to Canada with Robbie, Einstein, and Bear. With government agents in pursuit, she makes a decision that will affect not just her son, but potentially all life on Earth. Over the course of the novel, Jane’s actions convincingly come across as earnest rather than foolhardy, and Kaczmarowski does a deft job of making all the characters sympathetic, which is no small feat when the cast includes both humans and animals. The novel’s focus on the desire for scientific advancement despite possible dire consequences is reminiscent of Michael Crichton’s work, and Jane’s run from the government has a classic adventure feel that’s equally satisfying. Overall, Kaczmarowski has written a smart, exciting thriller that draws on enough contemporary anxieties to make it an entertaining and chilling ride.

A timely, winning adventure that brings up serious questions about technology and medical research.