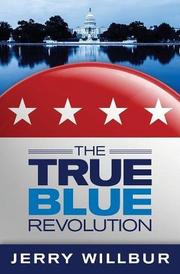 Rey Maxwell Newly has a menial job at a manufacturing plant in Pewamo, Michigan. He was gravely wounded by shrapnel while serving as a soldier in the Special Forces, and his body never fully recovered. After the love of his life left him, he settled for marrying her younger, less attractive sister, Priscilla “Prissy” Pipestone. But one day, he’s approached at work by Thornton Nithing of the Michigan Republican Party, who stridently declares that they’ve chosen him to be the next president of the United States. When Newly responds with bewilderment, Thornton assures him that his electoral victory is a foregone conclusion—and that all elections are thoroughly rigged. Pulling the strings is an organization called the National Association of Psychopaths, comprised of power-hungry geniuses who are completely devoid of scruples or empathy. Over the years, they’ve managed to infiltrate every precinct of American influence. Newly objects, but he’s essentially a prisoner of their plans; they’re threatening to hurt his family if he doesn’t comply. However, two groups oppose NAP: Shamar, made up of reformed psychopaths, and another group led by Crazy Jake “Nambo” Quark, who lives on the secluded Reservation for the Temporarily Bewildered. In this novel, Wilbur (Giant Killers, 2011) inventively creates an entire alternate political universe—one that is as fantastical as it is humorous. Like any farcical comedy, it’s wildly implausible, which isn’t a problem; its real failing is in its lack of nuance, as its cynicism is so hyperbolically sketched that it seems caricatured, leaden, and ultimately tedious. For example, here’s how Achor, Thornton’s brother, unabashedly expresses his amorality at one point early on: “Only stupid people are constrained by honesty and integrity, by an idiotic commitment to the truth when lies and deception serve better. We have no such constraints.”

A creative but overwrought work of cultural commentary.

A CONFEDERACY OF DUNCES
by John Kennedy Toole
Fiction

A CASE OF EXPLODING MANGOES
by Mohammed Hanif
Children

WE ARE ALL GUILTY
by Kingsley Amis
Newsletter sign-up