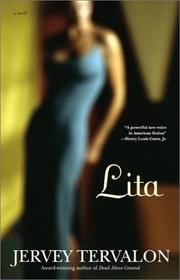 A return visit to the monstrously twisted family of last year’s Dead Above Ground.

When we first met Lita Du Champ, she was a 17-year-old New Orleans Creole who could pass for white, as could her “sister” Adele. Their wild mother, Helen, however, raised them to be “colored and proud, never wanting to be something [they] weren’t.” Now, ten years later, Lita lives in LA with Big Winston, their two kids, Winnie and Jude, her younger twin sisters, Ava and Ada, and her dangerous and crazy Aunt Dot’s incorrigible son Richie. At 13, Richie steals $50 from Lita and lights out for New Orleans. Teenager Ava busts out of her dresses, flirts with men, and drives Lita crazy. Then Lita gets a call from Aunt Dot in New Orleans saying that Lita’s detested father Lucian lies on his deathbed and that dead mother Helen, gone for a decade, has been seen walking the streets. Life in LA has died on Lita, so she goes home to make amends—and stay there in her father’s house rather than sell it. Meanwhile, Ava tells Lita the secret story about how she and Ana and Richie went to the burn ward in the New Orleans hospital where ex-pimp Lucien lay after trying to burn down Helen’s house—and threw his bandaged body out the fourth floor window. Back in New Orleans, life really falls apart as all Lita’s ghosts come to roost.