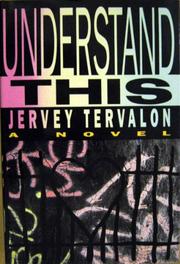 Drugs batter a black L.A. neighborhood observed by eight different narrators, ranging from dealers to do-gooders: an often eloquent first novel. It opens with a young dealer being shot dead by his crackhead girlfriend, and ends with his brother being shot dead by the same woman, now pregnant with a crack baby, but what's remarkable about Tervalon's story is its overall restraint: what's important here is not the violence but the voices—the voices of the wannabe gangsters and their molls, relatives and teachers. Foremost among them is Francois, a promising athlete who drops out of high school just before graduation because he has a chance to ``get over'' selling drugs to white folks in Santa Barbara, and has learned nothing from seeing his homeboy Doug gunned down. Tougher, smarter (and better realized) than Francois is his girlfriend Margot, who knows she must get out of the neighborhood fast to survive but experiences culture shock at UCLA's bucolic Santa Cruz campus. The slow cracking of her hard shell is beautifully done, as are the Santa Barbara adventures of Francois and his smooth, skirt-chasing, middle-class mentor Tommy. Also hurrying out of the 'hood are Francois's mother Ann, a nurse, relocating to Atlanta, and his English teacher Michaels, his idealism exhausted. That leaves Doug's sister Sally, a devout Christian, who befriends the crackhead Rika, her brother's killer, and vows to take care of the baby. Lost in the shuffle is Francois, now working for the ruthless Cowboy and presumably a lost cause. The story eventually loses its tautness to become another lesson on the evils of drug addiction; still: a fine portrayal of a lost generation denied the luxury of innocence.