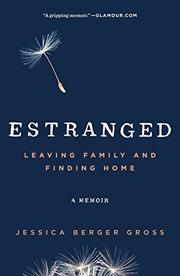 Essayist Gross (editor: About What Was Lost: 20 Writers on Miscarriage, Healing, and Hope, 2006) tells the story of growing up with and then permanently leaving behind the parents who abused her.

The author’s earliest memory was of violence: “My parents believed in corporal punishment.” Discipline from her father involved brutal tongue-lashings and beatings. Both parents told her that she deserved this treatment because she was “fresh, a back-talker…too loud, too opinionated, and too smart for my own good.” Yet on the surface, the family seemed to lead a happy middle-class life in a Long Island house that looked “like something out of a storybook.” As Gross grew into adolescence, she nursed an intense hatred for her family as well as a nascent self-hatred that manifested in thoughts of suicide. Her one release was a diary where she confided “the truth of her home life” she could not reveal to anyone. By high school, Gross was a self-proclaimed “mess” who found temporary escape in alcohol and drugs and still managed to maintain good academic standing. It was only during her college years at Vassar that she began telling close friends about her history of abuse. She confronted her father about his behavior, but even her brothers could not support her, telling her instead to “forget about it.” After moving in and out of jobs and relationships and dealing with recurring episodes of depression, Gross left for graduate school. But it would not be until a job search trip home to Long Island that she would confront her mother and father together and demand that her father admit his guilt. The emotional explosion that ensued caused Gross to end the relationship she had with her parents and begin her own difficult journey to joy. The author chronicles the dark side of family life with honesty while revealing that love can still be a possibility for those willing to break self-defeating patterns of behavior.