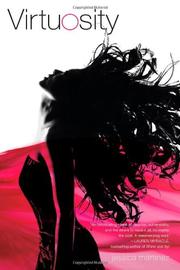 Grammy-winning, world-touring violinist Carmen Bianchi, 17, has outgrown child-prodigy status. To transition to an adult career as a virtuoso soloist, she must win the Guarneri Competition. If she loses, she’ll be just another former prodigy.

Reflecting on the peculiar fame belonging to classical-music prodigies, Jeremy King—another ambitious ex-wunderkind with an equally intimidating resume—tells Carmen, “You’re a god to two percent of the population and a nobody to everyone else.” Carmen embodies this strange dichotomy. She’s homeschooled, has never dated, lacks close friends and depends on anti-anxiety drugs. She also has a vocation she loves, a Stradivarius violin and a posse of adults dedicated to advancing her career. Chief among these is Carmen’s mother and manager, Diana, whose operatic career ended early. As the competition approaches, Carmen and Jeremy—each ardently competitive and deeply smitten—form a deep but wary bond that Diana, ruled by anxious passions and an iron determination to win, bitterly opposes. Carmen’s struggles to succeed with integrity remind readers that “virtue” is the root of “virtuosity,” a fragile truth often lost when valuable prizes are at stake.