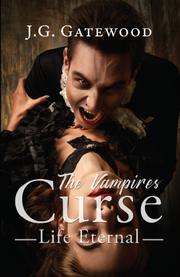 Life as a vampire is no picnic in Gatewood’s (A Shadow Within, 2017, etc.) fantasy novel.

Chris Malone is only 20 years old when his human life ends. Before succumbing to cancer, he makes an agreement with a vampire named Aldric, who will fake Chris’ death and transform him into a vampire—ridding his body of illness and granting him near immortality. In return, the young man must give Aldric one year of service. The young vamp, however, is less than enthusiastic about working for Aldric (“His minions prey on the weak, those close to death and out of options,” he thinks. “No, this needs to stop, now!”), so he goes on the run, pursued by Aldric’s dangerous Teufelhunds, or “Devil Dogs.” In the course of his flight, he bumps into Michelle, an acquaintance from college who’s understandably shocked by the fact that he’s still alive. Later, Michelle sustains injuries that force Chris to transform her into a vampire as well. She must come to grips with a life she never asked for, but her newfound skills come in handy when Chris decides that he must kill Aldric to save his own family—while avoiding a brewing vampire war. Gatewood’s novel is full of blood and battles, mythical creatures, and family drama. Michelle, who occasionally tells the story from her perspective, is the novel’s most engaging character—a tough woman who rescues Chris just as often as he saves her. However, this tale has little to add to an overpopulated genre. Fans of supernatural tales will recognize many familiar, serious elements, such as the vampire politics, but Gatewood also manages to find moments of humor along the way; there’s something amusingly practical about a vampire needing an Uber. However, the dialogue feels unbelievable at times; for instance, not long after Michelle meets up with vampire Chris—whom she barely knew when he was alive—he drones on about the drawbacks of vampire life and she offers to help him “work through” his issues, as if she’s a Dr. Phil for the undead.