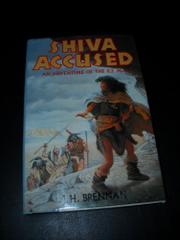 An Adventure of the Ice Age

A tense murder mystery, with a courageous young heroine falsely accused plus a stampede of mammoths and just enough crone's magic to add spice to the solution. Shiva, who discovered the Great Skull of Saber in time to prevent a war between her people and the Neanderthal ``ogres'' (Shiva, 1990), finds the body of an old woman at a water hole. Before she can return to her own people with the news, she's captured by a rival tribe who inform her that the old woman was the ``Hag,'' elected by the crones of each tribe and extremely powerful. Beaten, judged, and condemned to death by stoning, Shiva is saved by a cleverly engineered stampede and by her secret friends, the ogres. Throughout, Brennan integrates the theory that the great cave paintings were created by artists trying to communicate what they had seen during experiences in the spirit world. The Hag and the tribal crone overseeing Shiva's education are both capable of out-of-body experiences; Shiva's growing abilities to ``see'' and the fact that such a valuable person might be lost in a petty tribal power struggle add to the tension. Unevenly paced and less closely knit than Shiva, but still an atmospheric, engrossing tale. (Fiction. 11-14)